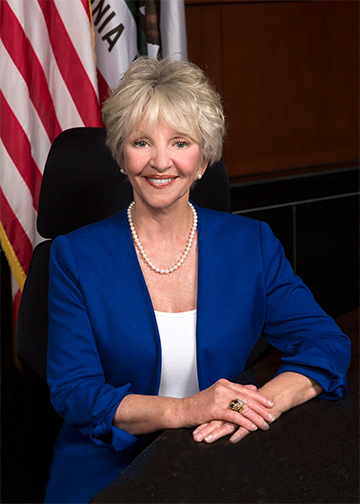 Christina Shea is the Mayor of Irvine in California. Shea assumed office in 2019. Shea’s current term ends in 2020.

Shea ran for re-election for Mayor of Irvine in California. Shea lost in the general election on November 3, 2020.

Shea assumed the position in April 2019 after Donald P. Wagner left office to join the Orange County board of supervisors.[1] Shea previously served as mayor of Irvine from 1996 to 2000.

Although city council elections in Irvine are officially nonpatisan, Shea is known to be affiliated with the Republican Party.[5]

Shea has served as vice president of the Irvine Community Land Trust and chair of the Task Force to Review Housing Needs of the Developmentally Disabled, the Ad Hoc Veterans Affordable Housing Committee, and the Orange County Great Park Board of Directors. She has also been a member of the Ad Hoc Great Park Forensic Audit Committee, the Irvine Unified School District Liaison Committee, the Orange County Sanitation District, and the boards of the American Cancer Society, the El Toro Reuse Planning Authority, Human Options, the Irvine Child Care Project, and the Transportation Corridor Agencies.[4]